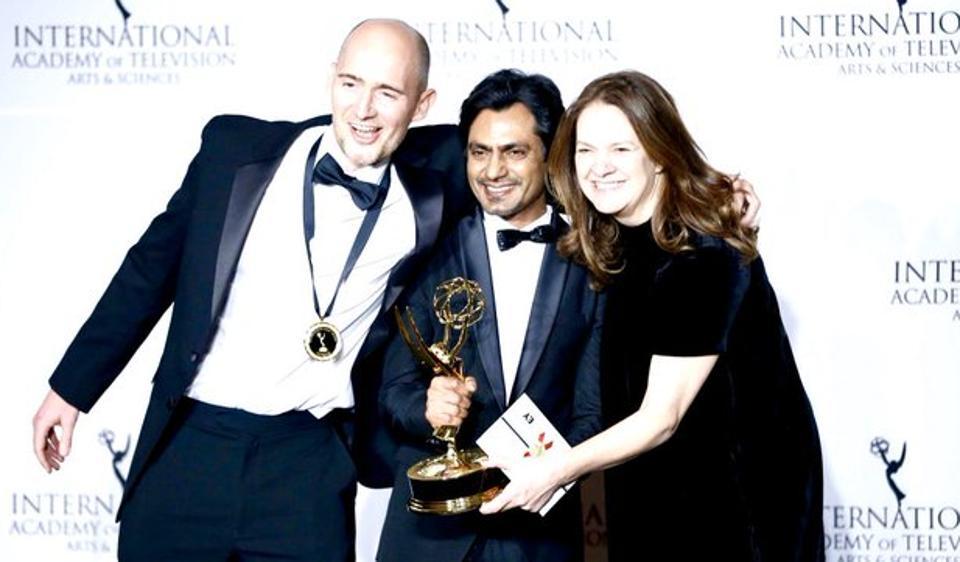 Actor Nawazuddin Siddiqui never disappointing us with his immense potential and talent, and do we need to say that what a delight it is to watch him on the screen. And once again he has done us proud as his series “McMafia” has been named as the Best Drama Series at the 2019 International Emmy Awards. The 47th edition of the award gala was held on November 25 in New York. And interestingly his another highly acclaimed web series “Sacred Games” was also in the race to get the trophy in the same category but lost to ”McMafia” instead. Nawazuddin Siddiqui, played an Indian businessman Dilly Mahmood in McMafia.

“It’s a pure delight to be receiving the beautiful winner trophy at the International Emmy Awards 2019 Gala in New York with one of my fav director James Watkins for our work ‘McMafia. Congratulations, James Norton, David Strathairn, Merab Ninidze, Oshri Cohen and Team McMafia“, he tweeted.

And though Radhika Apte was nominated in the Best Actress category for her role in ‘Lust Stories’, it is Actress Marina Gera who won the ward for Hungarian drama film ‘Eternal Winter’. Lust Stories was also nominated in The Best TV Movie/Mini-Series category but the award went to Australian thriller series Safe Harbour. ‘Sacred Games’ was nominated for the Best Drama Series but it lost the award to a British crime drama series McMafia.

Radhika Apte took to Instagram and shared this one frame picture of the entire team of Lust Stories and Sacred Games. “All of us, lust stories and sacred games! @iemmys @netflix_in photographed by @jasonkimphoto.” she captioned.

For all those who are not so familiar with these awards, well An Emmy Award or simply Emmy, is an American award that recognizes excellence in the American television industry. The International Emmy Awards honor excellence in TV programming produced and initially aired outside the United States.