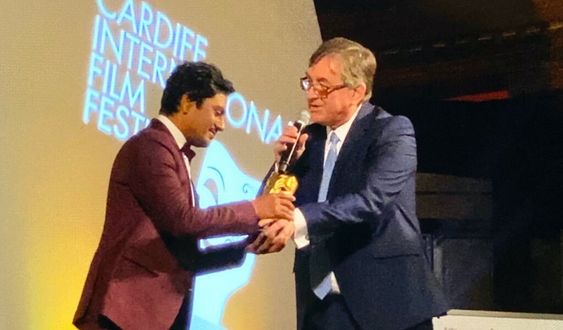 Nawazuddin Siddiqui has made us proud as he was awarded the coveted Golden Dragon Award at the Cardiff International Film Festival for ‘Excellence In Cinema In The Global Arena’ by the Counsel General of Wales, UK, Mick Antoniw, at the event in Cardiff. The film festival was held from October 24 to 27 where Nawazuddin Siddiqui also served as an official jury member for the festival.

While sharing the news on twitter, he congratulated veteran actor Judi Dench who was honoured with a lifetime achievement award at the ceremony.  He wrote, “Congratulations #DameJudiDench on receiving the Lifetime Achievement award. Thank You Mr. @MickAntoniw1 the Counsel General of Wales, UK & Cardiff International Film Festival for bestowing me with the prestigious Golden Dragon Award.”

On the workfront, he has already gone international with the Sacred Games franchise and BBC UK’s McMafia. Interestingly, he is the only actor in the world having 8 films being officially selected in five years at the prestigious Cannes Film Festival. Also, two of the series in which he worked were nominated at the prestigious Emmy Awards.