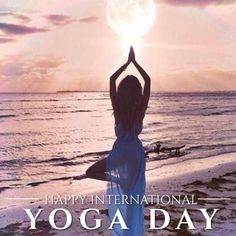 June 21 is observed as International Yoga Day every year since the United Nations declared it in 2015. On this day people from all over the world practice and collectively speak about yoga, or celebrate the day by conducting seminars or group discussions on yoga. The idea of International Day Of Yoga was first proposed by PM Modi during his speech at the United Nations General Assembly (UNGA) on September 27, 2014.

The first Yoga Day celebration was held at Raj Path in New Delhi. PM Modi along with other dignitaries performed around 21 yoga asanas, and created two Guinness World Records. The first record was for being the world’s largest yoga class with 35,985 people practicing yoga at the same time, and the second one was for having the maximum number of participating nationalities, that is 84. This award was presented to the Ministry of AYUSH and received by AYUSH minister Shripad Yesso Naik. Last year PM Modi had performed yoga with over 50,000 yoga enthusiasts in Dehradun.

The theme of 5th International Yoga Day 2019 is “Climate Action”. In United Nation, it was celebrated a day before that is on 20 June, 2019 as ‘Yoga with Gurus’ and is followed by a panel of discussion on 21 June. In India, the
main Yoga Day event was held in Ranchi, Jharkhand at the Prabhat Tara ground. Prime Minister Narendra Modi performed Yoga along with 18000 participants.