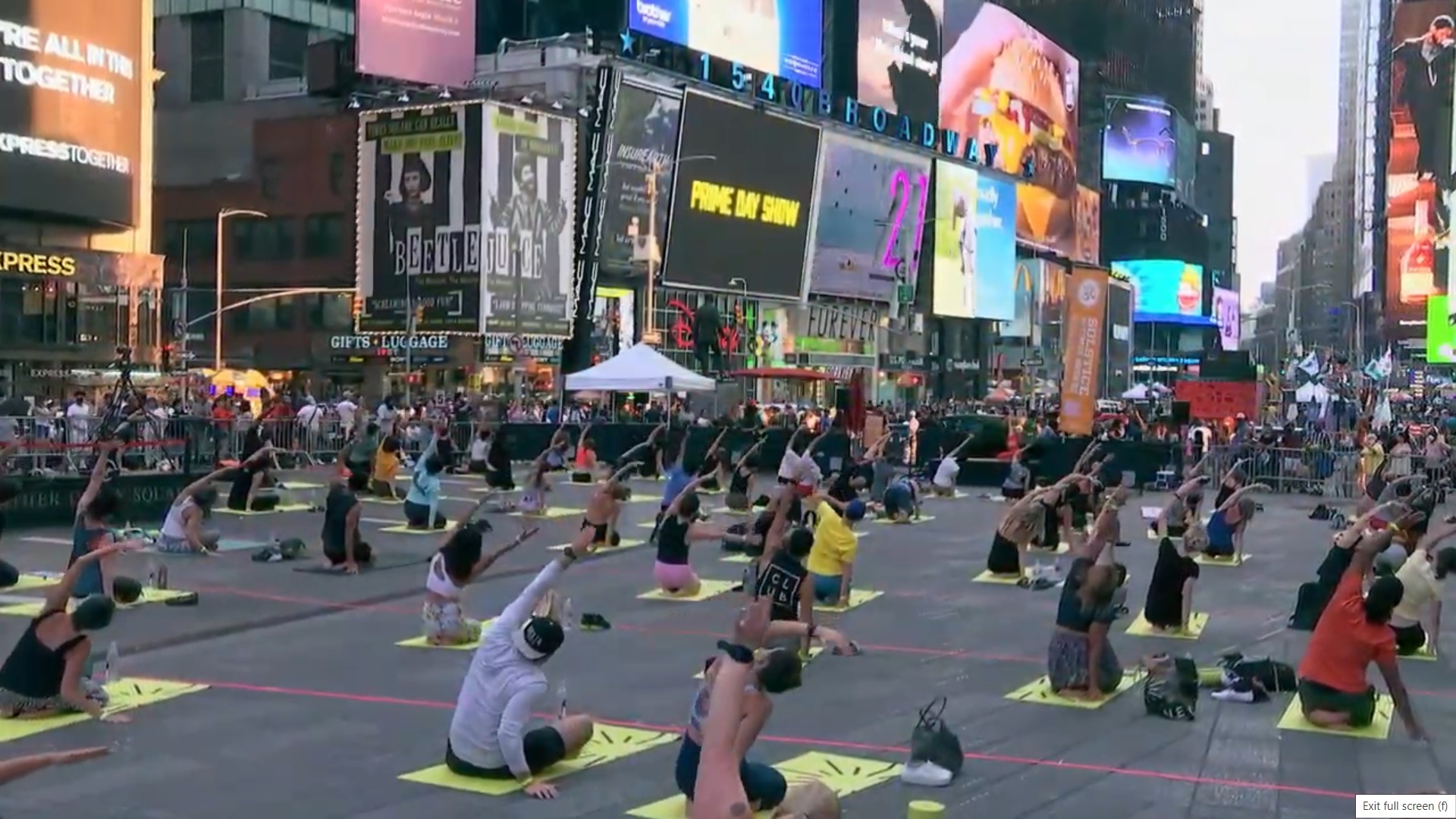 Happy Yoga Day to everyone!

Prime Minister Narendra Modi addressed the nation on this day by coming online on Twitter.

The Yoga Day was celebrated by many all over the world, though no mass gatherings were held in India this year due to ongoing Covid scenario.

Theme of this year is “Yoga For Wellness”.

PM Modi also announced the M-Yoga app which is developed in collaboration with WHO, as part of the ‘One World, One Health’ motto. The app will have information and videos in different languages for people across the world.

Interestingly the Iconic Times Square, New York saw over 3000 people celebrating the Yoga day will enthusiasm and fanfare keeping in mind the social distancing norms. The event was held by the Consulate General of India, New York in partnership with Times Square Alliance.

The Flying Sikh Of India, Legend Milkha Singh Passes Away Due To Post Covid Complications Designer Vaishali Shadhangule- The First Indian Female To Showcase Her Collection At The Upcoming Paris Haute Couture Week