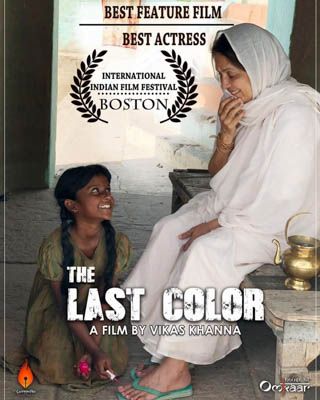 Michelin star chef Vikas Khanna is a man with golden heart. And saying that whatever he touches turns gold would be an understatement. He does magic with food, and the same magic, essence and soulfulness can be seen in his directorial debut film ‘The last color’.

‘The last color’ addressees the age old taboo surrounding the widows of Vrindavan and Varanasi. A nine year old befriends one such widow which changes the life of the later completely. The film is adapted from Vikas khanna’s book published with the same name.

The film has received appreciation and critical acclaim all around the world. The film was honored with Director’s Vision Award at the 16th Indian Film Festival Stuttgart, and the Best Feature Film at Dallas Intentional Film Festival.

But recently Vikas shared how some critics were asking for money to rate his movie. He also shared that often he heard Kangana speaking of nepotism and favoritism and it use to hurt him. But today he himself is experiencing it.

But at the end what audience sees and experiences is what matters the most.

Do watch this heart warming story on Prime Video.