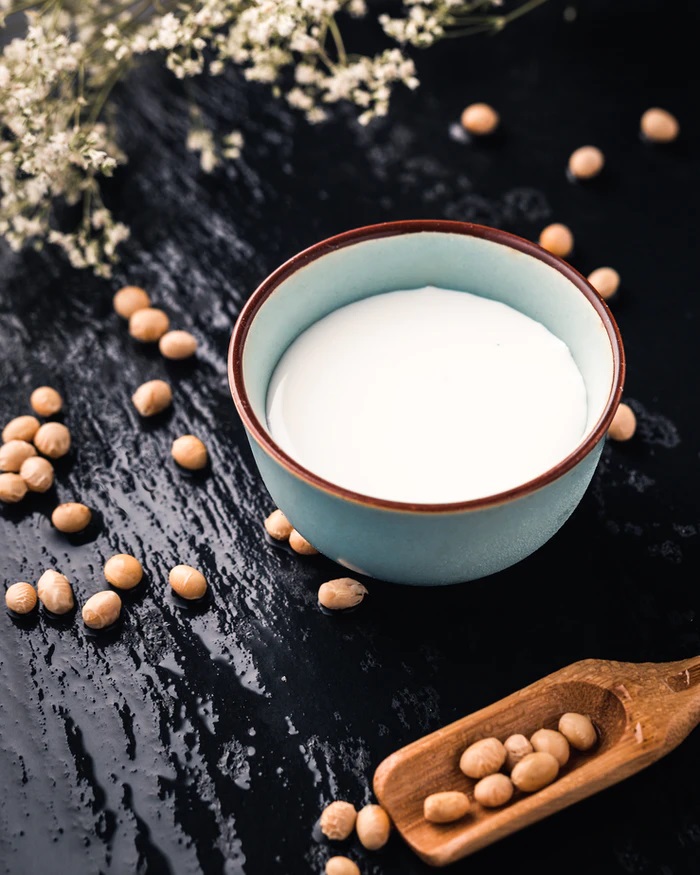 Many people have starting waking up to the nutty flavor of soy milk. Soy milk has a lot of protein and is a great source of energy for the people who follow a vegan diet. But if you think that the only way you can drink it is in the raw, or some store bought flavored forms then this is absolutely wrong. You can make so many things with a soy milk and your favorite cup of tea or coffee is no different. So read, make and relish these delicious soy milk drinks.

Cinnamon soy latte– In a saucepan heat the soy milk on low to medium flame and remember not to boil it or the milk will separate. Now you can simply pour it in a blender and churn the milk at low power for a few seconds. Add cinnamon powder and churn for few more seconds. With this method you will get a nice creamy and frothy texture. Meanwhile take an espresso shot in a cup, add sugar and milk to it. Arrange the froth at the top and sprinkle some coco powder as topping.

Soy milk spiced tea– Take spices like peppercorn, ginger, cardamom, and cinnamon and crush them nicely. Take a saucepan and boil water along with these spices. Once the water boils and the spices mix nicely switch of the flame. In a cup pour this mixture and add warm soy milk and sugar to taste. Your masala chai is ready.