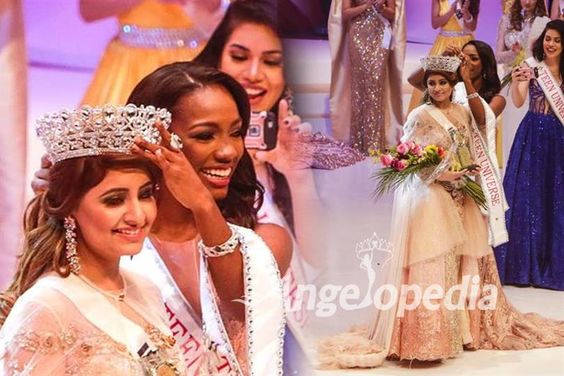 On Tuesday a resident of Noida, Shrishti Kaur won the title of Miss Teen Universe 2017, bringing smiles to the faces of million Indians who were waiting for the crown to be won.

The pageant which was started six years ago, is for the teens aged between 15 to 19 and is organized by the Miss Universe Organisation.

Shrishti competed with 25 contestants from different countries to win the title. The event was held at Managua, the capital of Central American country Nicaragua. The other finalists were Ary Trava from Mexico and Samantha Pierre from Canada.

A former student of Lotus Valley International school in Noida, is currently a student at the prestigious London College Of Fashion.

She also won the award for the best national costume at the pageant, and her dress featured Peacock, the national bird of India. She had also won the Miss Teen Tiara International earlier this year.