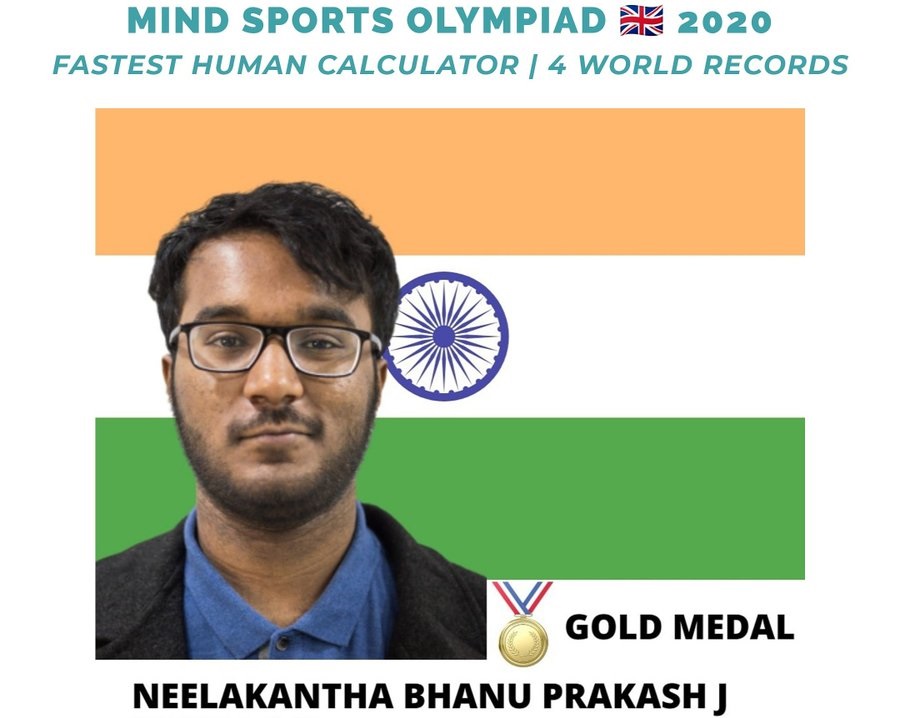 Neelakanta Bhanu Prakash, a 21-year-old Hyderabad boy has won the title ‘World’s Fastest Human Calculator’. He has won first-ever gold for India in Mental Calculation World Championship at MSO. The championship was held virtually on August 15 with total 30 participants from all around the world.

Bhanu Prakash, a Mathematics Honors student at Delhi University’s St Stephen College holds 4 world records and 50 Limca book records for being the fastest human calculator in the world. Prior to him, Shakuntala Devi is the only Indian to have won the title in the past.

Neelakanta toped the competition with 65 points, followed by a Lebanese contender in the second position and a UAE contestant in the third position.