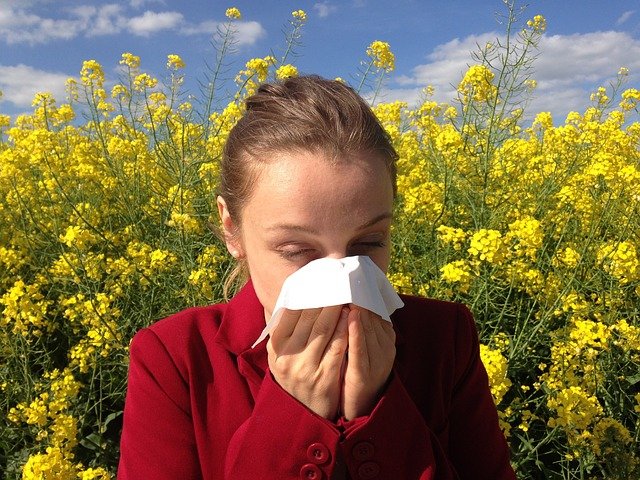 Do you know what an allergic reaction is? Chances are, if you’ve ever had one, you know it all too well. An allergic reaction occurs when the immune system overreacts to a foreign substance, such as pollen, pet dander, or a food allergen. These reactions can be mild or life-threatening, depending on the severity of the allergy. In this blog post, we will discuss the different types of allergic reactions, identify them, and treat them.

What are allergic reactions?

Allergic reactions are the body’s response to exposure to an allergen. The immune system releases antibodies, which cause the release of histamines. Histamines are chemicals that cause dilation of blood vessels and increase capillary permeability. This leads to redness, swelling, itching, and tingling of the affected area. Allergic reactions can be localized (affecting one area of the body) or systemic (affecting the entire body).

What is allergic rhinitis?

Allergic rhinitis occurs when the nasal membranes become inflamed due to exposure to an allergen. Allergic rhinitis is also known as seasonal allergies, hay fever, and perennial allergies. The most common allergens are seasonal pollens (i.e., grass pollen in the spring, tree pollen in the summer), pet dander, and other allergens that float in the air (i.e., dust mites). Allergies are usually treated with antihistamines, decongestants, or both.

Numerous grasses, weeds, trees, and shrubs produce pollen that triggers allergic reactions. For example, ragweed is known to cause hay fever. Pollen allergies are usually more common in the spring and fall and result in symptoms such as sneezing, runny nose, watery eyes, and itchy eyes, nose, or throat.

Food allergies are more severe than pollen allergies. Food allergies can be caused by foods containing allergens (antigens), such as peanuts, tree nuts, fish, and shellfish. These allergies cause symptoms such as vomiting, diarrhea, stomach cramps, and irritability.

Chemical allergies are caused by chemicals, including perfumes, insect repellants, cleaning products, latex, and medications. These are commonly diagnosed by exposure to an allergen through the skin (through either contact or injection), respiration (inhalation of allergens), or ingestion (ingestion of allergens). People with chemical allergies may experience symptoms such as sneezing, coughing, and wheezing.

Dust mites are microscopic insects that feed on living and dead skin cells. Dust mites can be found in upholstered furniture, mattresses, carpets, rugs, and pillows. Dust mites are the most common cause of year-round nasal allergies. Symptoms include nasal congestion, sneezing, runny nose, and watery eyes.

Insect bite allergies occur when a person is stung by an insect or bitten by a mosquito or flea. This can happen while sleeping, outside in nature, or working indoors. In some cases, the insect may not have touched the skin but taken a blood meal from another person. Symptoms of insect bite allergies include itchy mouth and eyes.

Molds are common in nature and can be found growing indoors. Molds can cause allergic reactions in some people, causing symptoms such as sneezing, runny nose, and watery eyes. They also cause itching and hives.

– Severe itching and rash along the entire body

– Worsening of rashes, hives, and eczema

– Swelling of the face and lips

– Tearing in the eyes or runny nose (watery eyes)

How to identify allergies

If you develop allergic reactions to something, take note of the symptoms, including how often they occur. A lack of symptoms does not mean that a person is not allergic. Also, keep in mind that other possible causes of the symptoms should be ruled out first, such as infections or other allergies. If there are no obvious physical signs or environmental triggers, an allergist can do allergy testing to determine if there is a potential allergy that requires treatment.

How allergies are treated

If a person is diagnosed with an allergy, they should avoid or completely remove the allergen from their environment. For example, if you are allergic to latex, avoid wearing rubber gloves or using latex condoms. If this is not possible, your doctor may prescribe drugs to reduce allergic reactions. These medications include antihistamines and steroids. Some of these drugs have side effects such as drowsiness and weight gain, so they may not be appropriate for everyone.

Will allergies ever go away?

Allergies can be controlled but not eliminated. However, proper treatment can minimize or eliminate the symptoms with fully-functional immune systems. Also, the severity and number of allergy symptoms can decrease with a child’s age. Most importantly, this is an important life skill for children: Create a safe environment for your family by avoiding known allergy triggers.

Does anyone get allergies?

Allergies are considered a common medical condition. According to the AADE (American Academy of Allergy, Asthma & Immunology) and the CDC (Center for Disease Control), about 20% of Americans have at least one allergy. An allergy is an immune response to a specific substance that does not occur in everyone who is exposed to that substance. Common allergic reactions occur in people after eating certain foods or touching certain things, such as pets or plants.

How to avoid allergies

When possible, remove or avoid the allergen that triggers your allergy. For example, if you have seasonal allergies to pollen, avoid being outdoors during peak pollen hours. If you have dust mite allergies, try leaving shoes and clothing outside overnight so any allergens can be released outdoors. Avoid contact with pets and cleaning products that contain allergens, such as cleaners containing pine oil or ammonia.