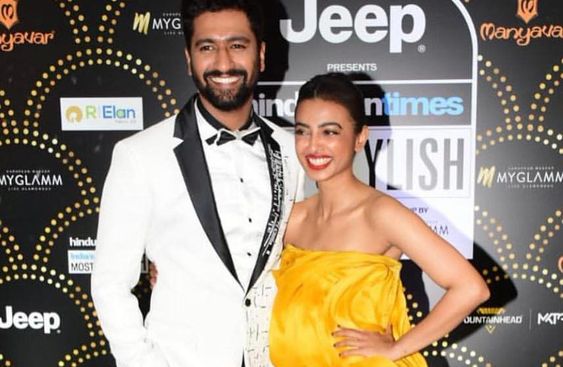 The eighth edition of ‘HT India’s Most Stylish Awards’ were held at the St.Regis in Mumbai on Friday night. Vicky Kaushal and Radhika Apte hosted this very well attended event.

Sharukh Khan and wife Gauri Khan won the award of the ‘Most Stylish Couple’. Sharukh shared “Everything I know about style is because of Gauri. I’m basic and boring and she brings in the beauty.” While Gauri Khan revealed saying , “Everytime we step out, I am ready in 20 minutes but he takes 2-3 hours. Tonight, I put in a lot of effort and took 3 hours and he took 6.”

Kareena Kapoor won ‘ India’s Most Stylish Jury’s Choice award’ (Female) and was looking stunning in an all embellished black lehenga and a cape style top from the label Manish Malhotra. She said that she is accepting the award on behalf of her son Taimur, the most stylish man alive.

Akshay Kumar won ‘ India’s Most Stylish Jury’s Choice award’ ( Male), the award was presented to him by his mother in law and actor Dimple kapadia and Sunny Leone.

Sonakshi Sinha was seen donning an electric blue strapless gown with sequin and feather detail, and was also the winner of the ‘HT Style Game-changer’ title.

Veteran actor Waheeda Rehman won the ‘HT Style Hall of Fame award’ and received a standing ovation for the same.