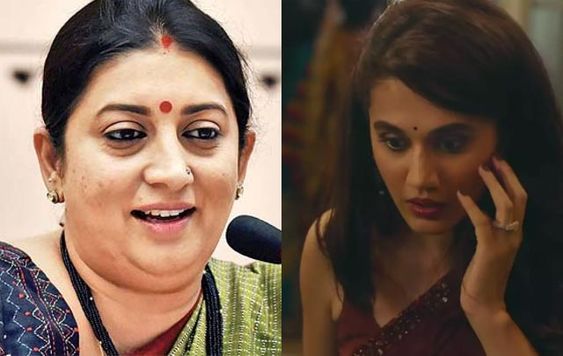 Director Anubhav Sinha’s upcoming film Thappad, is all in the news for good reasons. The movie which is already gaining a lot of appreciation was recently recommended by none another than Union Minister Smriti Irani where she praised the movie. Thappad addresses the issue of domestic violence and stars Tapasee Panu in the lead role.

Sharing the trailer of the film, Smriti Irani who is in charge of the Women and Child Development portfolio, wrote a long post on Sunday afternoon.

In response, Sinha shared a tweet and wrote that he would love to screen the film for her.

The film stars Taapsee Pannu as a woman who files for divorce when her husband slaps her on face in public. Thappad, which also features Pavail Gulati, Dia Mirza, Ratna Pathak Shah, Tanvi Azmi, Kumud Mishra & Manav Kaul, is scheduled to be released on February 28.