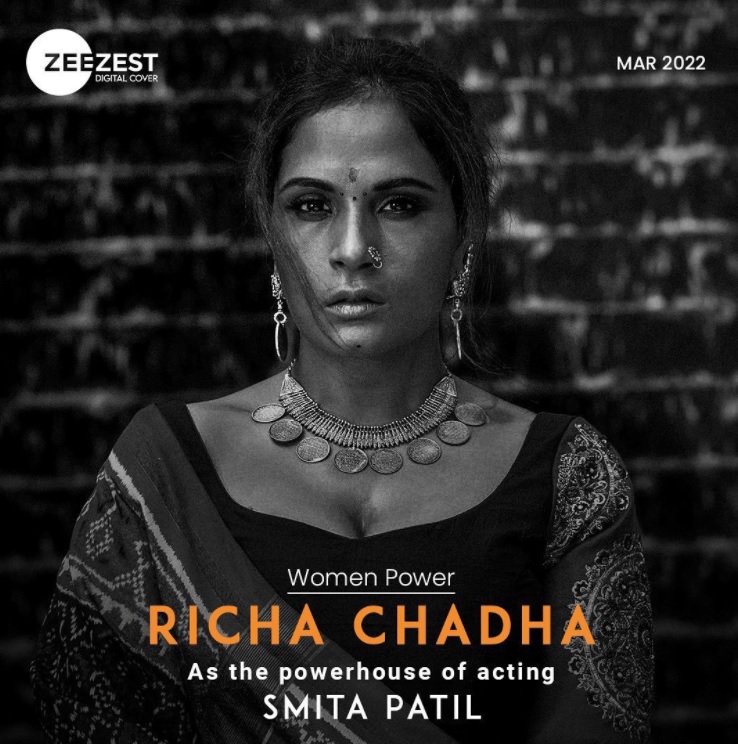 On the Richa Chadha recently payed homage to two very beautiful and evergreen actress of the Indian Cinema Smita Patil and Meena Kumari. The photoshoot which was reportedly done for a magazine took us back in time when these two actress were the epitome of elegance and grace.

Homage to the inimitable Smita Patil’ captioned the post remembering the late actress.

“I won’t smile for this shot. The image should reflect the tragic and turbulent life that she led on-screen as well as off-screen,” says actor Richa Chadha as she gears up for the first shot, channelling Meena Kumari’s poignant look from the film ‘Pakeezah’ captioned an another post.

Richa was last seen in theatrical release Madam Chief Minister and was recently seen in web series, The Great Indian Murder. She will now be seen in Fukrey 3 and Abhi Toh Party Shuru Hui Hai.