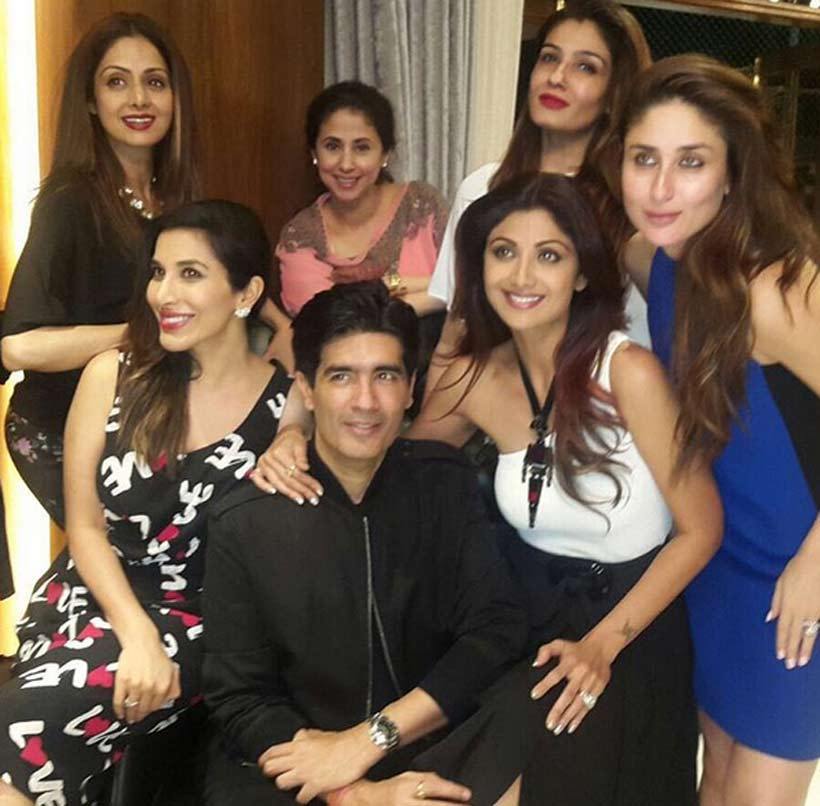 Bollywood’s ace designer Manish Malhotra recently celebrated his birthday at his residence in Mumbai. Many Bollywood celebrities attending his party who have been the face of the brand since ages. Sri Devi, Urmila Matondkar, Shipa Shetty, Kareena Kapoor, Krishma Kapoor, Alia Bhat, Raveena Tandon, Sophie Chaudhary were amongst the one who attending the function. The people turned in a very chilled out and relaxed look, mostly in denims, tops, skirts, and dresses. Have a look……