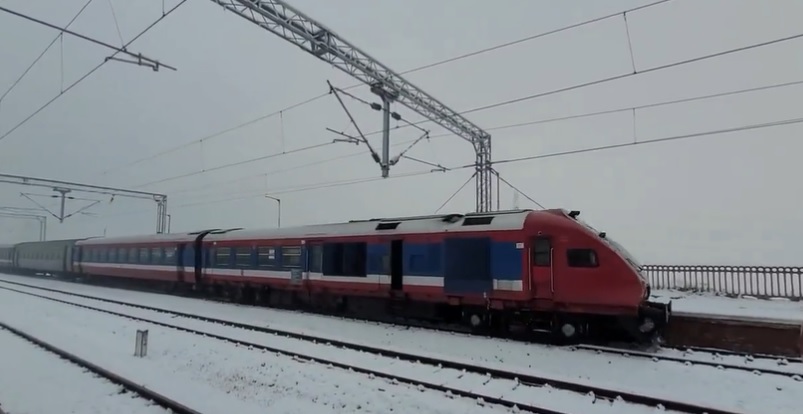 India is a vast country with geographical and cultural diversity. And therefore we are lucky to see the deserts, the mountains, the beaches and the plains all in one country.

And now when the entire North India is fighting the cold wave, its normal to see the snow in mountains and even in the deserts where the temperature has fallen to minus degrees.

In a recent such post the Ministry of Railways shared a breathtaking video with a picturesque view of the the train pulling through the snow in Jammu and Kashmir. The video shows the entire railway line and the train station covered in snow.

For the ones who are not aware the Indian Railways is the fourth largest Rail network in the world transporting lakhs of people in a day. Indian Railways travels through the dessert and the mountains and even in the farthest points of the country where travelling is nearly impossible. Indian railways also offers some most breathtaking views through some of its journey out of which one is the dudhsagar falls train journey in the monsoon.

And who can forget about the world famous Maharaja Express which is the most luxurious and the most costliest train in the world.

Ideas For A Perfect Stay At Home New Year Party