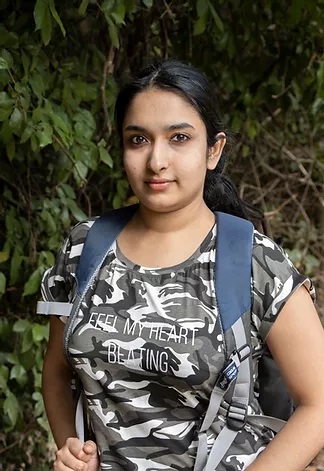 On 13th October winners of the Wildlife Photographer of the Year 2020 were announced, and 23 year old Aishwarya Sridhar has become the first Indian women to win the coveted award. Her photo titled ‘Lights of Passion’ has won the ‘Highly Commended’ award under the Behaviour-Invertebrates category. Her photo won among 50,000 entries from over 80 countries across the world.

‘Lights of Passion’ features is a picture of a tree illuminated with fireflies. The awards are organized by National History Museum, London.

Aishwarya Sridhar who lives in Navi Mumbai is an Indian wildlife photographer, along with wildlife presenter, and documentary filmmaker. She is also the youngest girl to have won the Sanctuary Asia- Young Naturalist Award and the International Camera Fair Award. Her works have been featured in BBC Wildlife, The Guardian, Sanctuary Asia, Saevus, Hindustan Times, Mumbai Mirror, Digital Camera, Mathrubhumi and Mongabay.

Kangana Shares Salma Hayek post on Goddess Lakshmi: Says We aren’t the ones who choose devotion rather devotion chooses us 4 Ways To Decorate Pooja Thali For Navratri