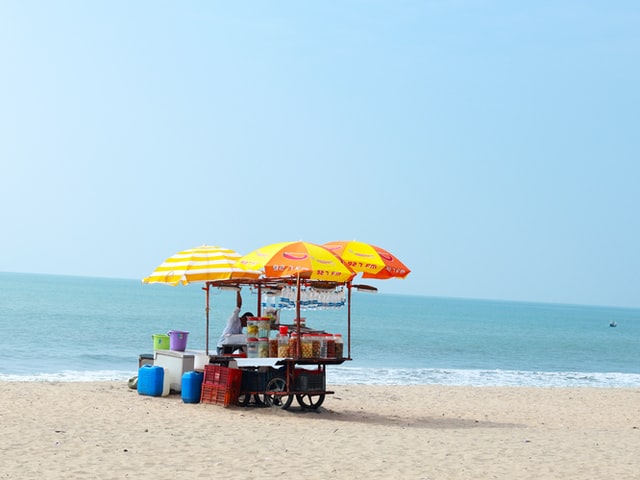 Kozhikode is a coastal city in Kerala, which was earlier called Calicut. This metropolitan city is densely populated and considered one of the prime economic centres of India. This highly developed city along the Malabar Coast is also a tourist destination due to the presence of several natural features here. People opt for Air Arabia flight booking to reach Calicut International Airport, to spend their vacations in this city.

Most popular places to visit in Kozhikode

Kozhikode Beach – This beach is very famous for viewing the sunset, for which lots of tourists flock here. There are many stalls on this beach where delicious seafood cuisines are available; among which mussels are the favourite ones. Dolphin Point is very close to this beach where people can watch dolphins playing in the sea. A century-old lighthouse and two old piers are also present on this beach, just adjacent to seawater. Lions Park and Marine Water Aquarium near this beach are also popular tourist attractions, mainly for kids and these two places are open from 8 am to 8 pm on all days of the week.

Beypore Beach – This beach is only 10 Km away from Kozhikode, where River Chaliyar Puzha pours into the ocean. It was an ancient port that served as the centre of trade and commerce with merchants coming from Arab countries, China, and Europe. Now, it is well-known for building wooden fishing boats called dhows; in the Malayalam language that are known as urus and now used by the tourism industry. Apart from this beautiful beach, people also visit TASARA Creative Hand Weaving Centre at the north of Beypore Beach.

Backwaters in Kozhikode – Kerala is well-known for backwaters, which attract lots of tourists to this coastal state. However, the backwaters of Kozhikode are interconnected by networks of canals while the banks are lined by dense groups of palm trees. Luxury cruises are available for carrying tourists to explore the rustic nature of rural Kerala. Few houseboats are also there, which can be booked by honeymooners and people who want some privacy while enjoying the tours through backwaters. People enjoy backwater tours through Canoli Canal and Kali River in Kozhikode while spending their vacations here.

Kozhippara Falls – This waterfall in Kozhikode is located amidst the lush greenery of dense forest and hilly terrain. Hence, adventurous tourists love trekking to this place where they can admire the beauty of the jungle. People can also enjoy rock climbing, swimming, and diving in the Kuthradampuzha River. The water of this river is believed to have healing powers and can cure some skin ailments. This forest is full of coconut trees and many other local plants. There are several species of birds in the forest and various water animals in the river. However, it is a rarely known tourist spot where very few tourists can be seen.

Thusharagiri Falls – It comprises three waterfalls, namely Thenpara falls, Erattumukku falls, and Mazhavil Chattam falls.  Among these falls, Thenparai is the highest one that plunges from a height of 75 metres. It originates from two streams that are flowing down from the Western Ghats, to meet and form the River Chalippuzha. This river forks out to form these three falls, which create an expression of snowy spray with water droplets spreading all around from these splashing falls. In this way, this waterfall gets its name, as the word ‘Tusharagiri’ means snow-laden mountain. Thusharagiri Bridge on River Chalippuzha ranks among the tallest arch bridges in Kerala and it is very close to this waterfall.

Payyoli – It is a town in Kozhikode district in Kerala, which is famous for housing many temples, museums, beaches, and other notable tourist attractions. KolaviPalam Beach covered with golden sand is the most popular beach in Payyoli while Thikkodi Driving Beach is also a tourist attraction. Sreekurumba Bhagavathi Temple, Sree Kurumba Temple, Sree Mahavishnu Temple, Nadeemal Bhadrakali Temple, Kizhur Shiva kshetram, and Valappil Temple are the most prominent Hindu temples located in this town. Muslims visit Kottakkal Juma Masjid, Ayanikkad Juma Masjid, and Afrah Juma Masjid while touring Payyoli. Tourists also visit the Kunhali Marakkar museum in Iringal that is at a distance of 3 Km from the town.

Thus, a visit to Kozhikode is worth the time and money spent for this vacation, as it will create wonderful memories for all tourists.