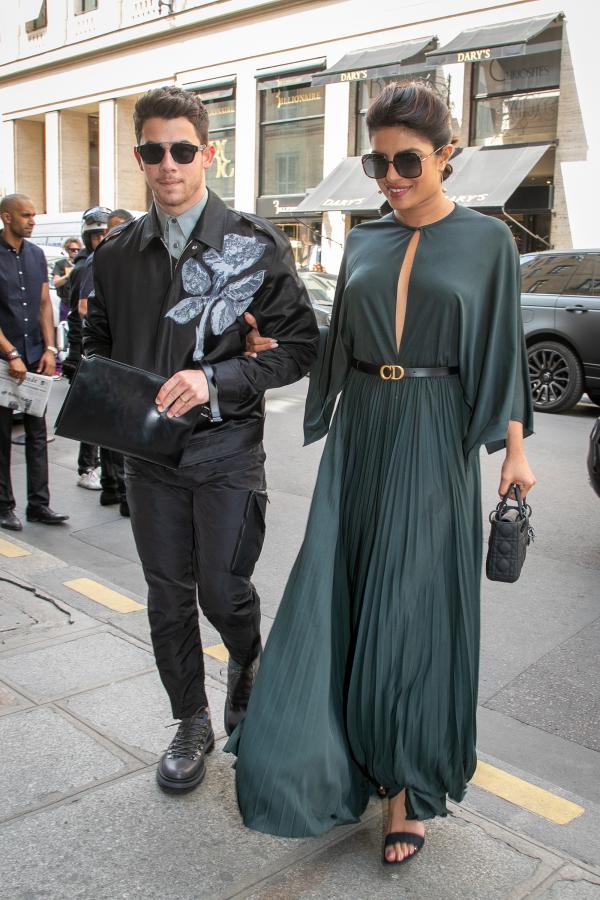 After attending the wedding celebrations of Joe Jonas and ‘Game of Thrones’ star Sophie Turner, Nick Jonas and wife Priyanka Chopra Jonas extended their Paris stay (where the wedding ceremony was held) to attend the Paris Fashion Week, and oh Boy…. they are giving us major couple goals…….seeing them makes us believe that two people from completely different cultures and background can definitely fall in love because love is stronger than anything else.

Both were seen attending Christian Dior’s show at the fashion week. Priyanka wore a scalloped sleeve, flowing silk gown from Dior’s collection and paired a black Dior belt and a lady Dior tote bag with her look. Nick complimented Priyanka’s look in black trouser and black bomber jacket with a huge flower motif on the chest and a grey shirt.

Priyanka was also captured with the Wonder Woman star Gal Gadot and actress-activist Shailene Woodley, who reportedly had to wait for the couple, as the two arrived almost an hour late for the Dior show.

Priyanka also congratulated Maria Grazia and thanked her for having her at the event. She wrote, “Thank you Maria Grazia for an incredible evening. Congratulations Dior”