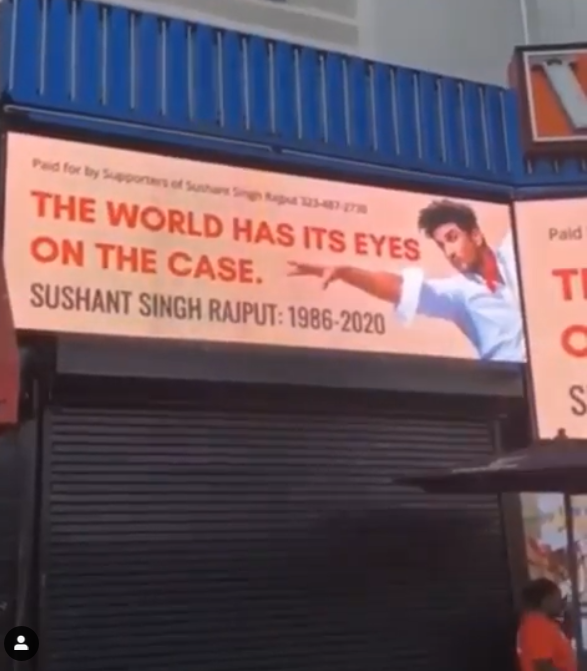 Shweta Singh Kirti, sister of Sushant Singh Rajput yesterday shared a video where a billboard demanding justice for Sushant Singh was seen on the streets of Hollywood.

“A Billboard in Hollywood put up for Bhai. Thanks and so grateful for all the support. Justice for Sushant,” she captioned the post.

Earlier Shweta Singh has shared billboards from Australia and California, where similar billboards demanding justice for the actor were put up on the streets.

We hope and pray that we soon find out the truth behind his death and that Sushant gets justice soon.

Anushka Sharma and Virat Kohli expecting their first child Nothing Is Impossible!, Wrote Sushant in a video where he can be seen mirror writing