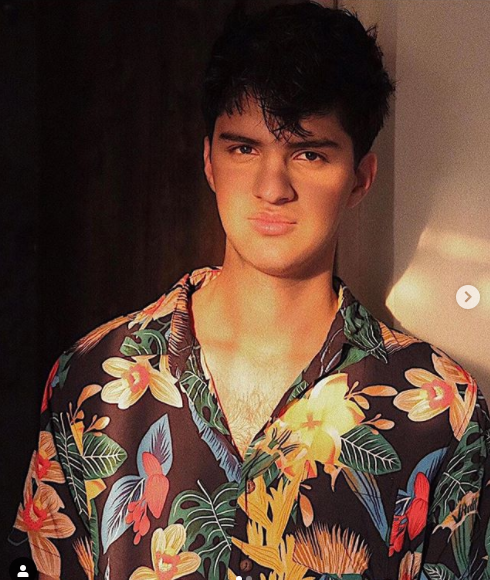 This 19-year-old male model Pranav Bakshi who hails from Dehdradun is breaking the typical norms of the fashion industry and is the first male model in India who happens to suffer from Austism. But what makes his story special is the fact that this did not deter him from chasing his dreams.

“We were in a mall when suddenly he came up to me showing a billboard. He expressed his desire to model and I could only agree with his decision’ says the very proud mother of Pranav. ‘He is very well aware that he has autism and is fighting it on a day to day basic. But he is a strong man and I really want the other kids with autism to take inspiration from him and believe in themselves,” she added.

Pranav’s profile was sent to many agencies in the past but it was the Delhi based modelling agency, Ninjas Model Management who really showed interest in associating with him.“He had those looks and trait that’s needed for a model and that was enough for me to sign him up with the agency,” says Ninja, the owner of the modelling agency. “We as a company want to prove our patriotic acumen. It is the first time in history that India will represent such diversity like nowhere else in the world. We are proud that India will invigorate fashion in a very moralistic sense,” she adds.

Interested in Photography and Golf, Pranav’s role model in modelling is Spanish supermodel Jon Kortajarena. He was two when his mother got to know about his condition and has 40 per cent disability and also suffers from echolalia (a condition in which you repeat what others say). He also has severe anxiety issues and extreme obsessions.

This inspiring story of Pranav’s is actually for all the children and people suffering from any kind of illness, whether its autism or something else, please don’t let anything come your way to fulfill your see dreams. Everyone is fighting their share of battles and everyone has the right to equal opportunities, to see dreams and to fulfill them.