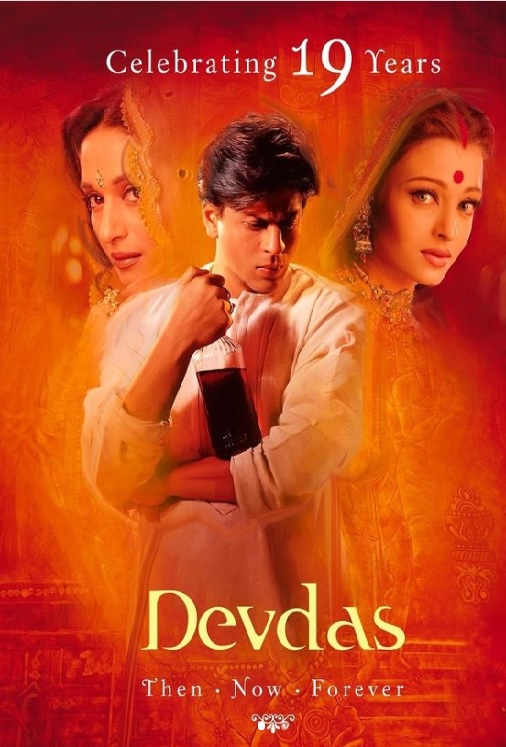 Its been 19 years of Blockbuster film Devdas and the cast of the film fondly remembered the occasion on social media to mark the day.

Madhuri Dixit wrote, “Reminiscing some great and happy memories from the sets of Devdas. Even 19 years later it all feels so fresh! Thank you Sanjay for sharing these. Will Cherish these forever!
Here’s our ode to #DilipKumar, just like #Devdas, you will continue to live on… forever!

“All the late nights….the early mornings…. hard pace & problems. Worked out fine because of the gorgeous @madhuridixitnene . The stunning @aishwaryaraibachchan_arb , ever cheerful @apnabhidu dada, full of life @kirronkhermp and the whole team slogging it under the masterful and patient #sanjayleelabhansali. Only issue….the dhoti kept falling off….!! Thx for the love everyone” captioned SRK.

Devdas starring Madhuri Dixit, Shah Rukh Khan and Aishwariya Rai is a Blockbuster epic movie directed by Sanjay Leela Bhansali. The film was released in 2002 and was screened at various International Film Festivals.